Thank you to our valued sponsors who have already committed their support to the 2021 season. While sponsorship letters and packages have been distributed, if you haven’t received a letter and would like to contribute to the Club, please find a link below with further information, or alternatively, please contact Robert Bull (0428 621 715) or Mary McClure (0488 991 835) to discuss further. Thank you for your consideration. 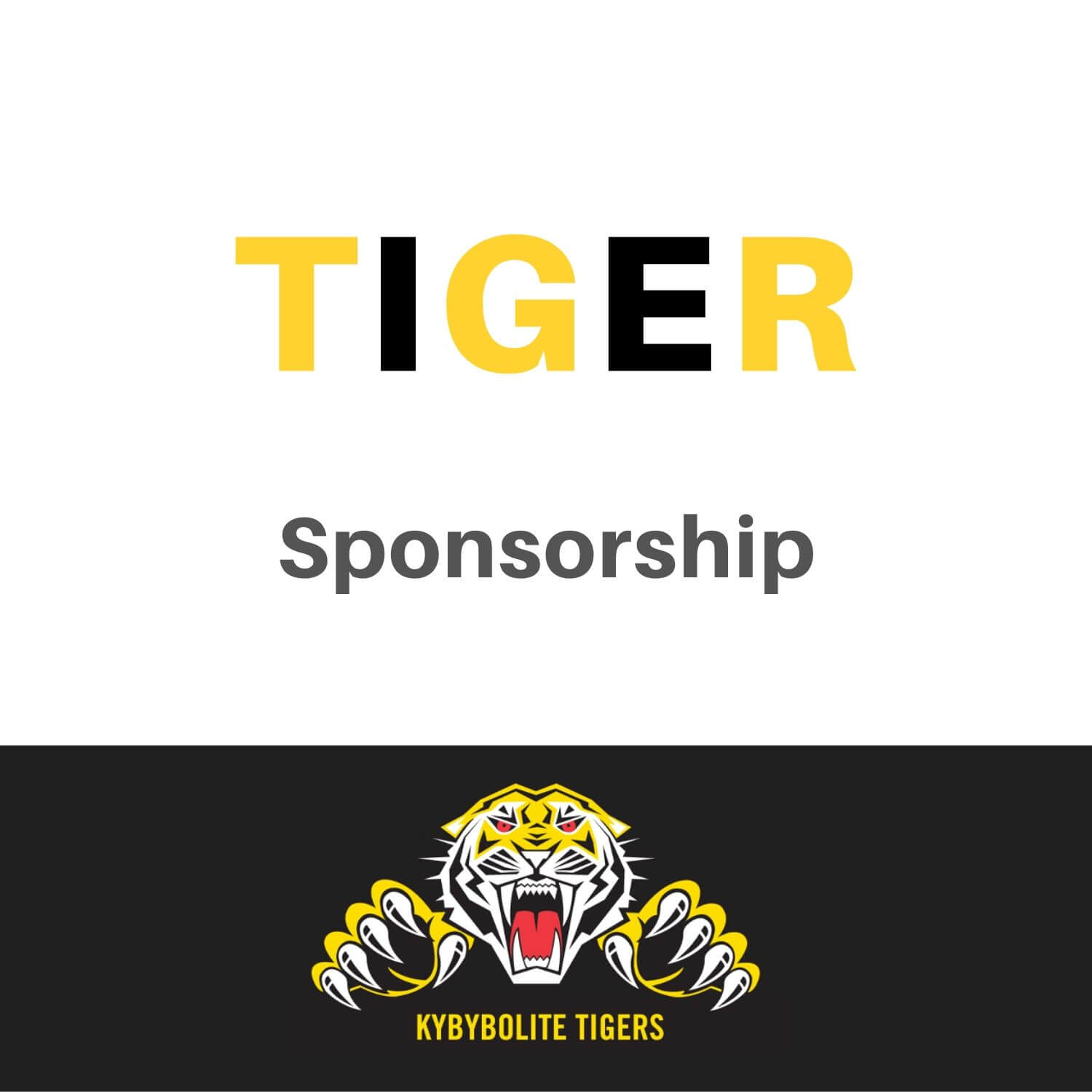 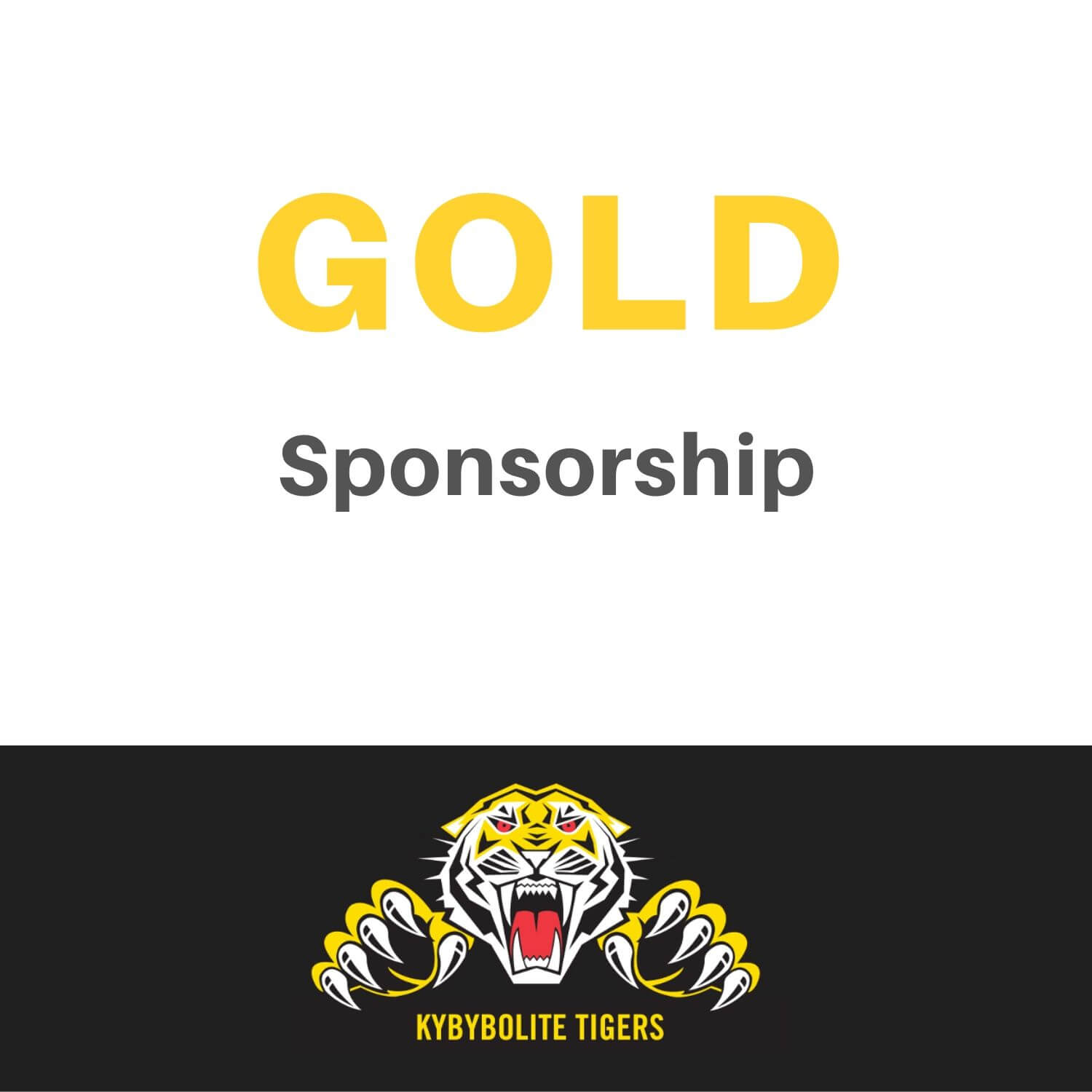 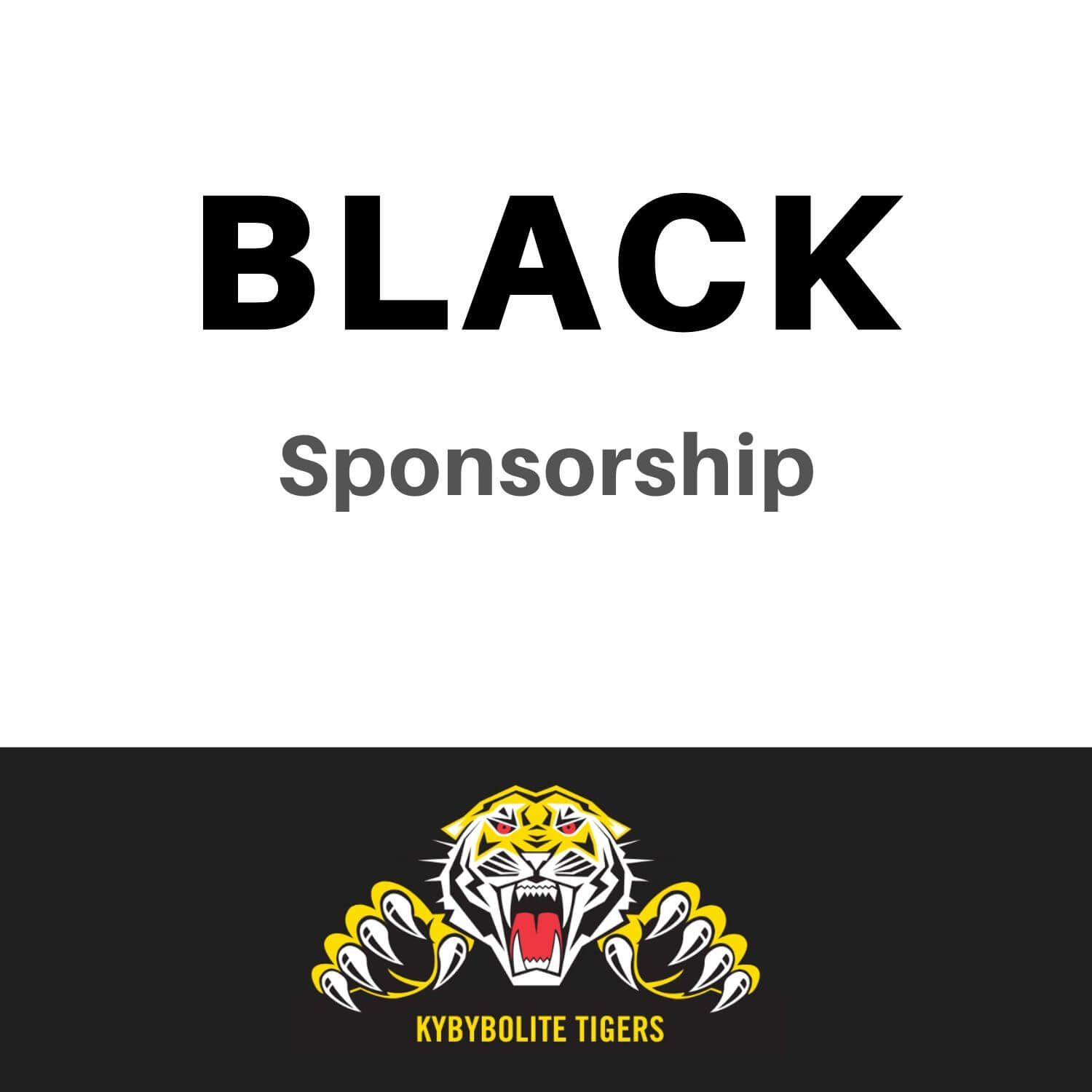 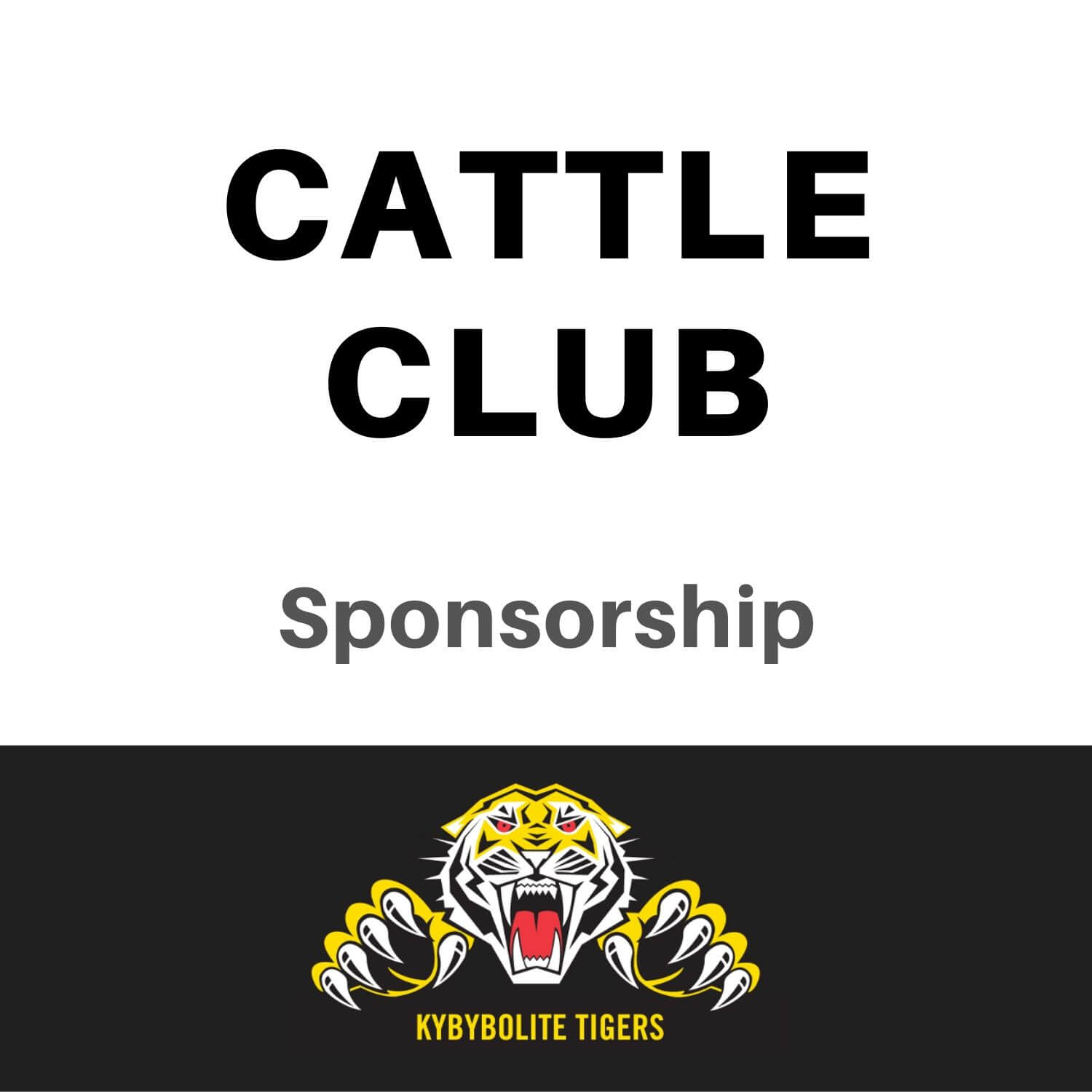 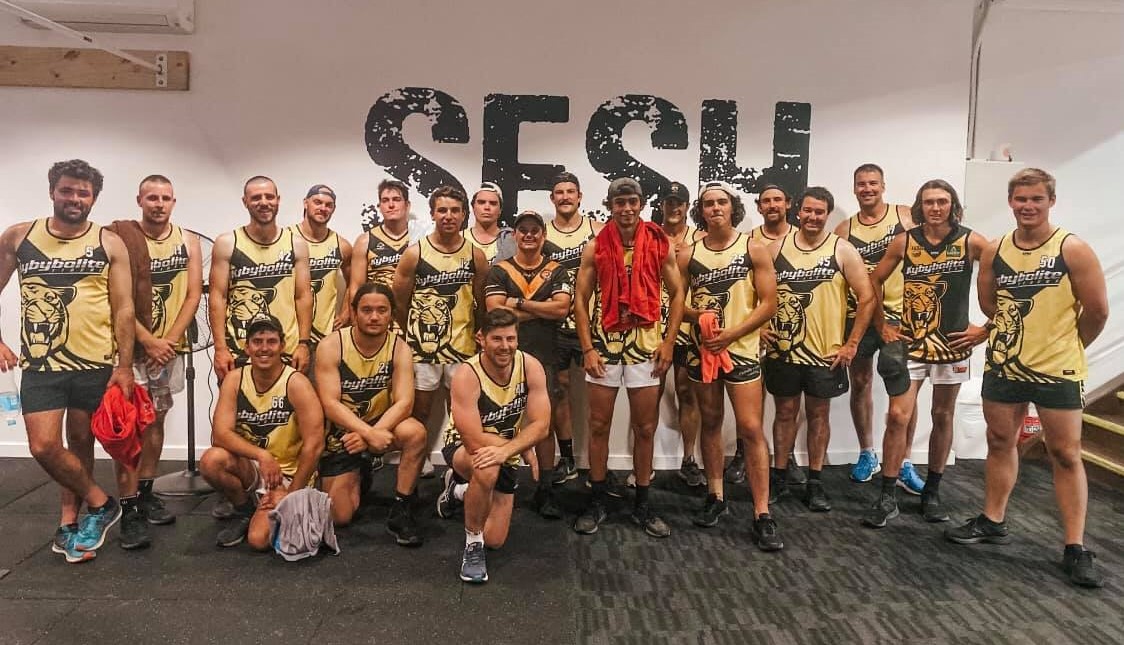 Junior Colts will be training at Kyby on Thursday 15th April 4.30pm – 6.00pm (instead of the Wednesday).

Memberships will also have to be paid on this night if not already paid (Eftpos available).

Kyby’s Junior Colts have commenced training and have been putting in solid work for the last 4 weeks.

Numbers are strong , with 22-23 players at this stage, with a strong group of 1st year players , which have come through from the Kyby Auskick Program.

The boys have been working hard on the fundamentals of the game, with specific areas being kicking and hand balling, while also enjoying mini games of contested ball drills.

Everyone seems to be excited and very keen to get stuck into the season.

Final training, teas and Jumper Presentations to be held at the club Thursday 15th April. 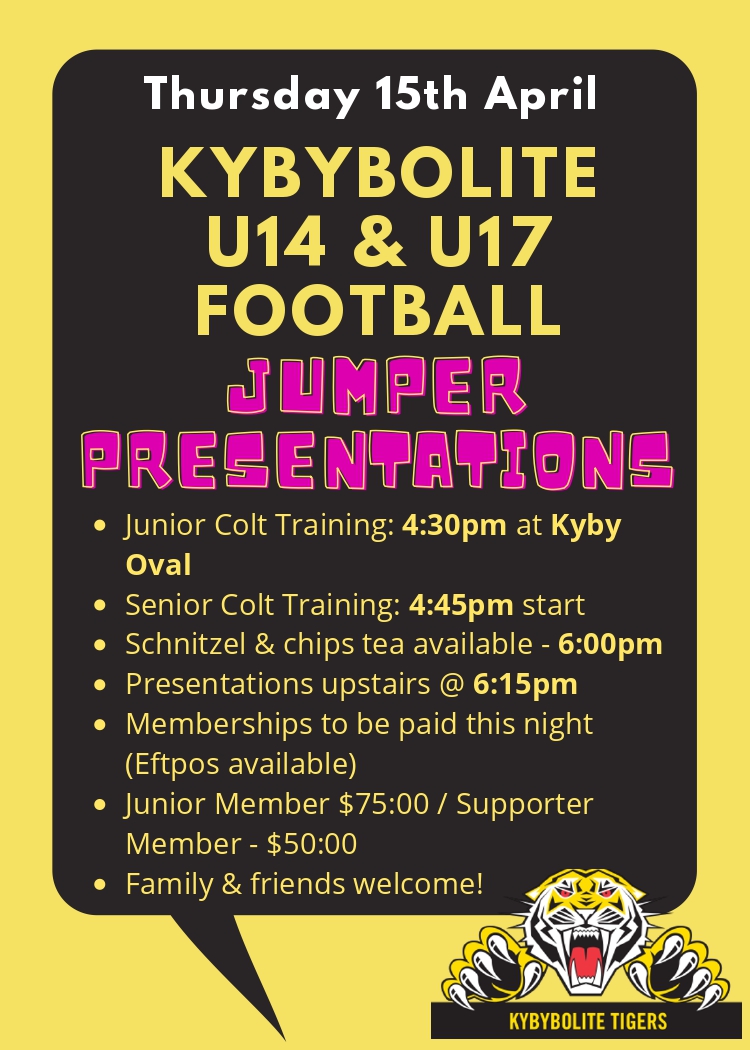 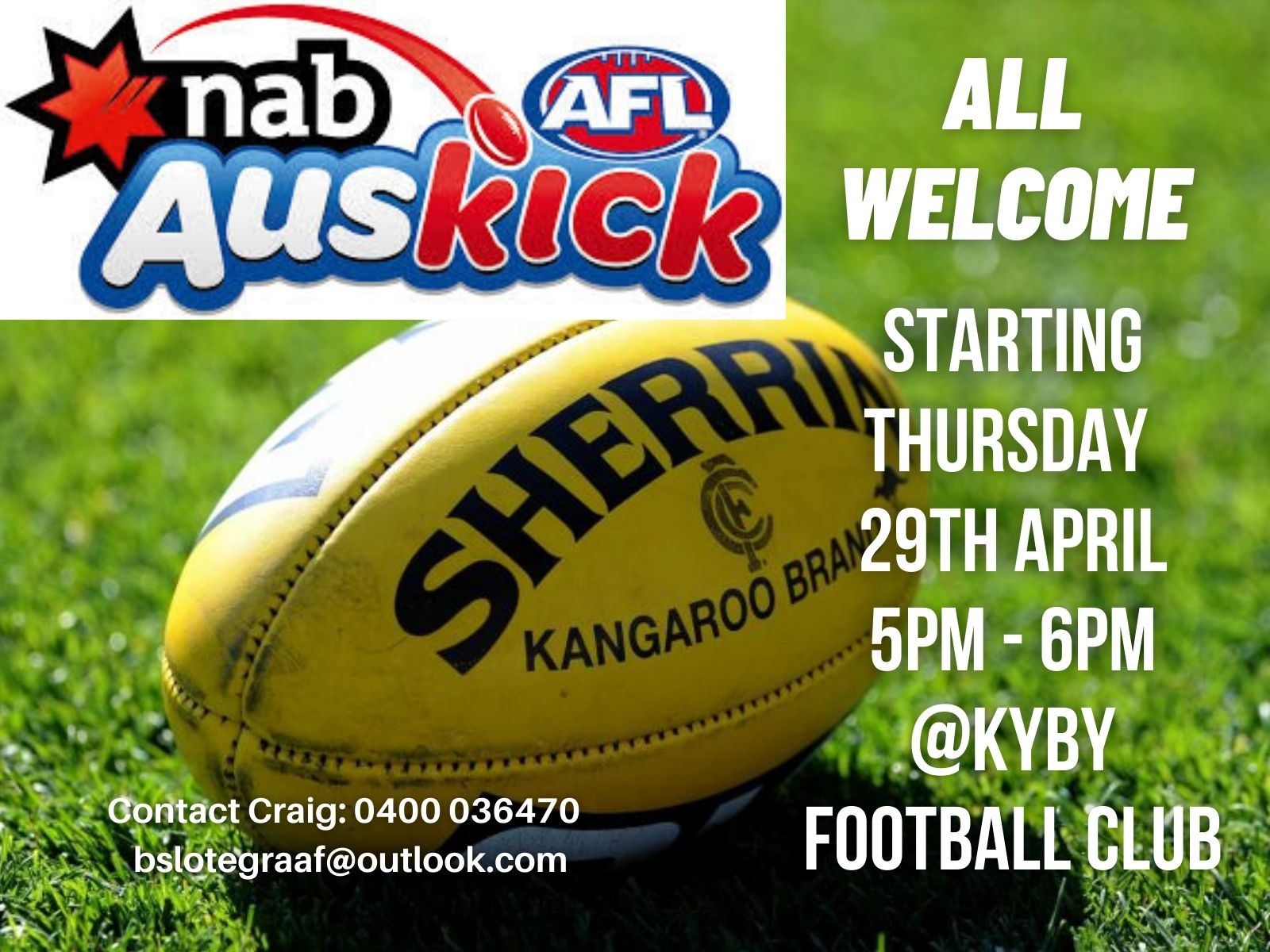 Fun night at my old stomping ground of the Kybybolite Football & Netball Club to discuss how junior & senior players plan to implement actions on & off the field.

All the best, Stewart McCully 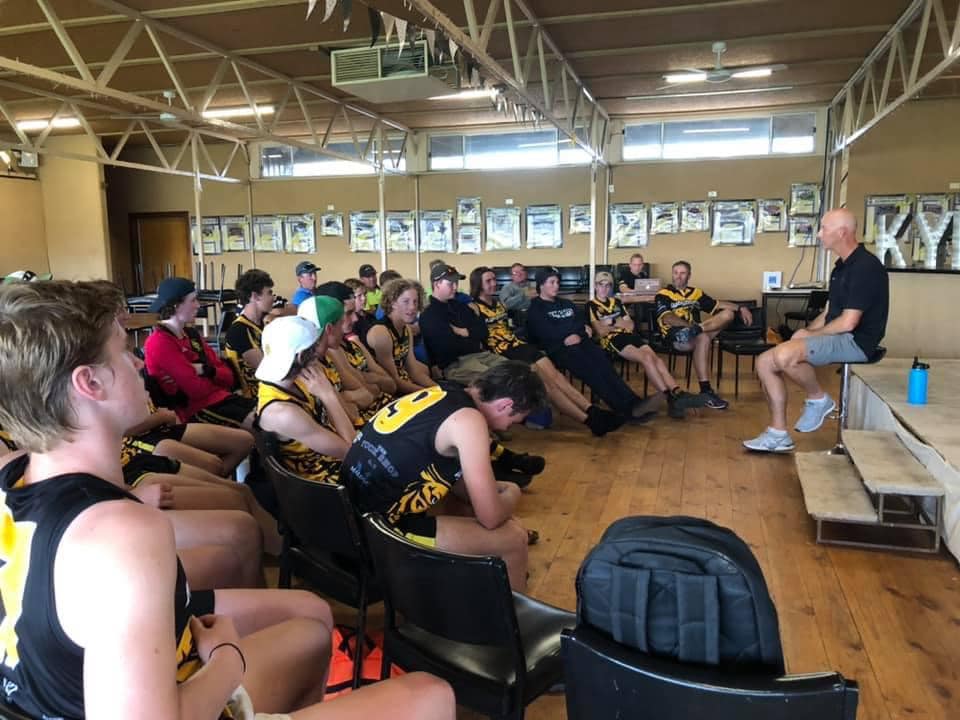 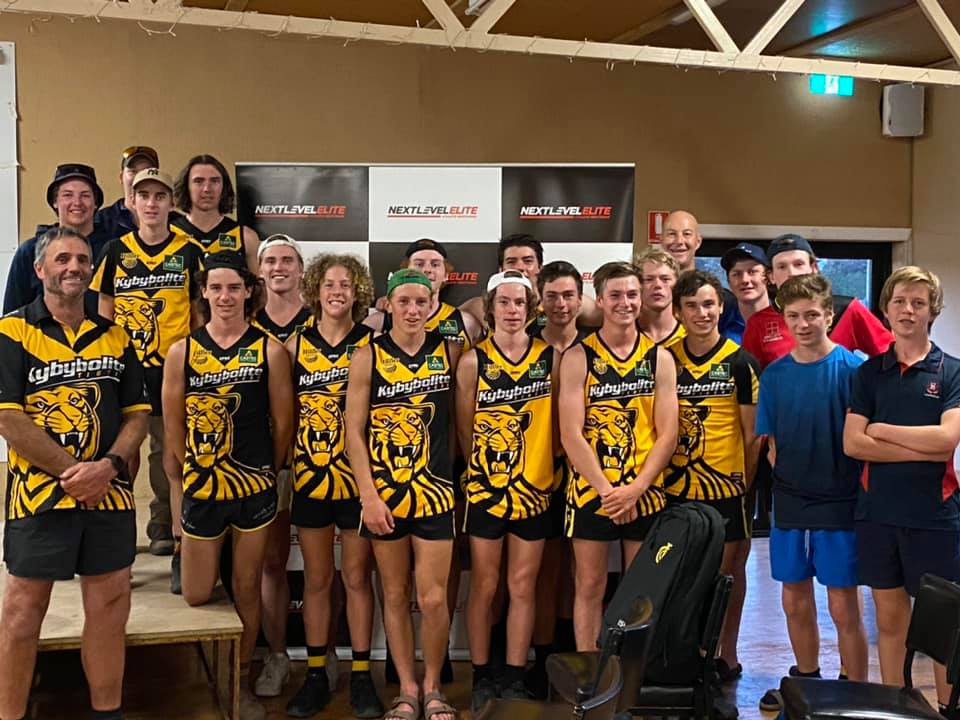 The Kyby girls footy team have quietly been going about their business the past few weeks.  After a disappointing loss in round 2, the girls have remained on track , currently sitting 2nd on the ladder with 2 rounds remaining before finals.

With the last 4 weeks consisting of a 83, 148, 46, and on Friday night a 39 point win over 3rd placed Penola, the team are setting themselves up for a charge to the finals. This week the team has the bye, followed by the final minor round game against Casterton, whom sit 4th on the ladder.

With good number available leading towards finals, the team is well placed to have a good crack at a 2nd premiership in 4 years. Della Hannaford currently sits atop the League goal kicking ladder on 22 goals.

The only downside has been a couple of injuries in the last 2 weeks, most notably ,Holly Hannaford, who is unfortunately done for the season after suffering a leg/ ankle injury. 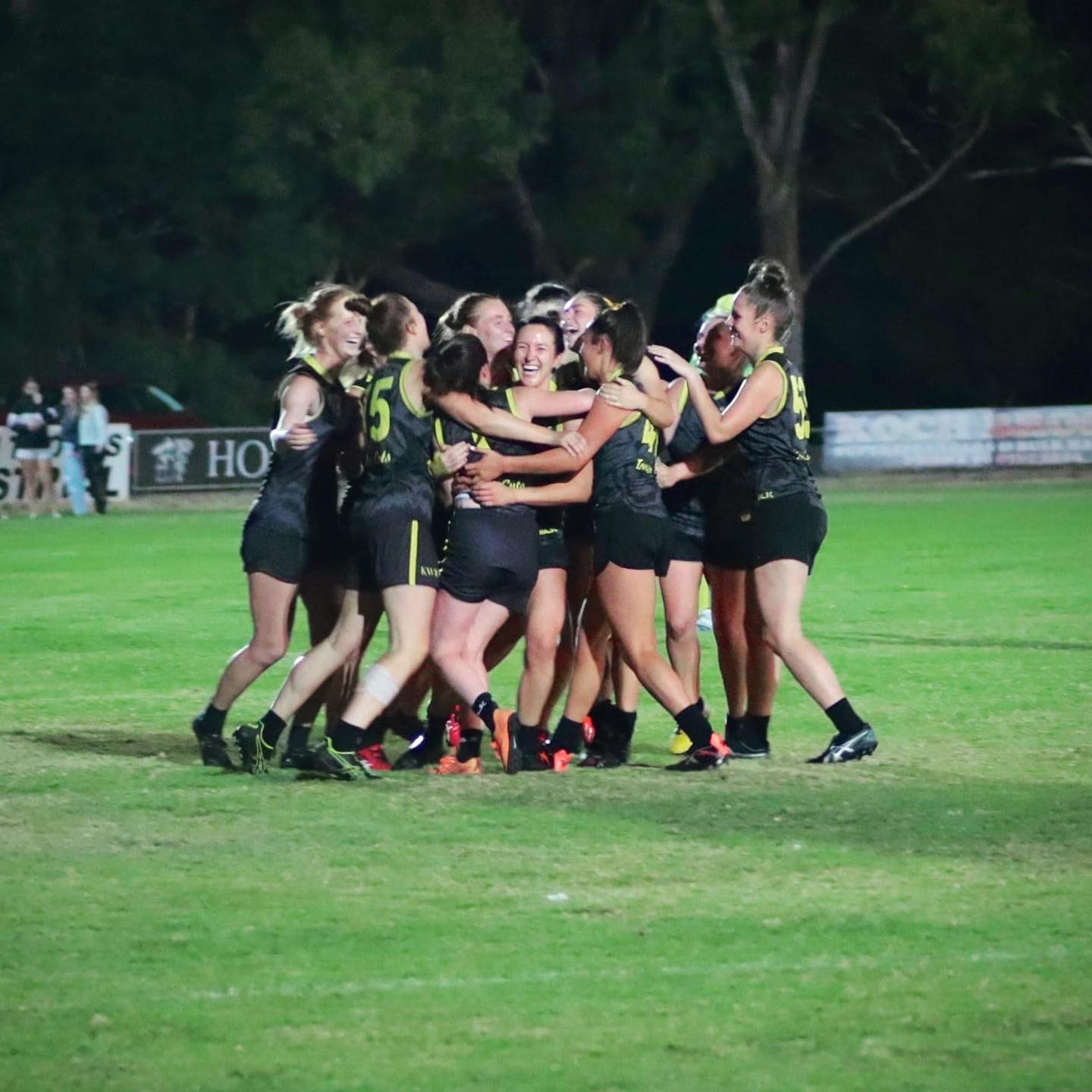 A huge shout out to Hayley Walter, Tim Harrison and Rocio Harrison for organising the netballer’s Fringe Fundraiser.

The chicken skewers were delicious. Awesome effort by all involved from start to finish. This was a lot of organising, chopping, skewering, slicing, cooking and serving. Well done. Turned out to be a fantastic day.

Special mention to Jarrod Sears who spent all afternoon on the BBQ and Bradley Moss for assisting and Liam Walter for setting up.

Thank you to the girls who came and helped on the day. 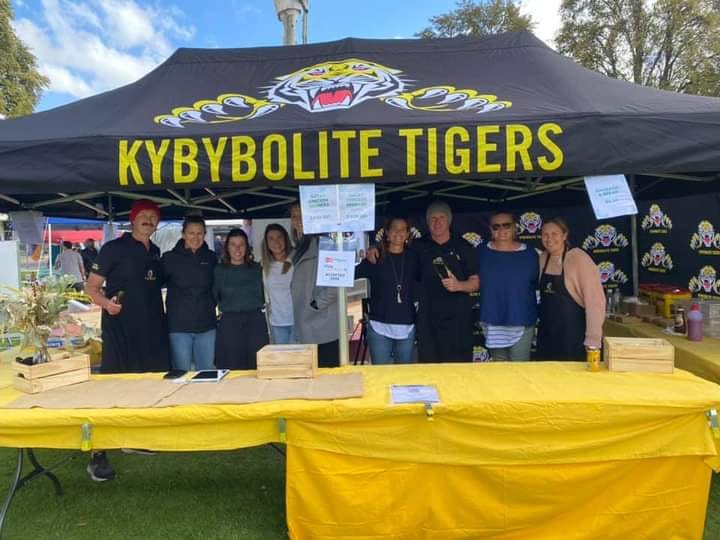 Firstly, we would like to congratulate Erin and Brooke Ewer on their selection in the South East Academy 2021 squad – a rewarding achievement after trialling against a large, talented group of girls. Their standout performances granting them another opportunity after the events of 2020 denied them the chance. The Kyby Netball (& Football) community wish you the very best!

With the season only weeks away, the seniors are now training in their teams. The B & C grade teams had a solid hit out on Tuesday night in a trial match against Penola. The A and A Res have their turn on Saturday against Tintinara.

Juniors are also training regularly with numbers looking strong. We are certainly ready and eagerly anticipating the beginning of the season.  Charlee has taken Tuesday night fitness for any juniors and seniors wanting to add that bit extra to their game. She has a tremendous amount of ‘netball’ knowledge that she has been passing on to those that are attending, and we strongly encourage all players to get involved.

On a less serious note, our wine tour day was a huge hit! It made for a great way to start the season socially, although it certainly ended up with a few blank memories by the end of the night.
The Netball Club held a successful fundraiser at the ‘Fringe’ in Naracoorte with Tim Harrison leading the team in making some delicious satay chicken skewers. The Netball Club are always keen for new fundraising opportunities, so please feel free to pass on any suggestions you may have.

With a long time between games, and what feels like a ridiculously long off season, it is now time to bring on the first game as we are well and truly ready!
Go Tigers! 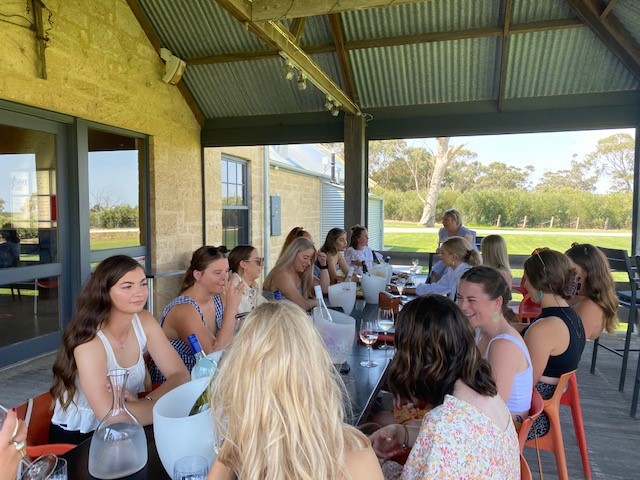 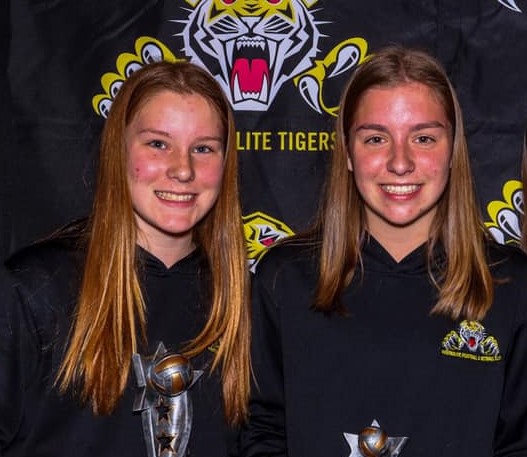 Following their final trials, South East Academy has announced their 2021 squad, and we are proud to have two of our Kyby Netballers selected to participate in the 2021 Academy Program.

We would love to have some more people on our committee.

Here we go with hopefully a close to normal season.  If last season taught us anything, it was that we need everyone to make this club successful. Club members going in three different directions did present with some challenges!

The plan is to operate as normal (with COVID safe adjustments) with Thursday night teas starting on 15th April and regular canteen during the day and teas on Saturday home games.

Saturday Rosters have been circulating at training on Thursday nights so please add your name or respond to Sonya Bates’ Facebook requests or message her on 0403 251 729 to get your preferred dates and times.

Check out the Roster – in the shaded yellow, we need helpers, so please put up your hand.

For new members who may be unfamiliar with the process – we require senior netballers on canteen duties during Saturdays and upstairs for ordering and serving teas on Saturday nights.  Senior footballers work in the kitchen on Saturday nights, the older junior netballers and footballers work on the lolly counter or canteen (whichever they prefer), and junior parents work in canteen (particularly in the afternoons).

We understand that there are many other jobs that are required to be carried out on Saturdays for netball and football to operate but if everyone does their small bit then the whole club will run successfully.

Thanks to Elders for donating hand sanitiser to the club.

Thank you to our retiring President of the Kybybolite Memorial Sports Club, Steve Mark

I think it’s important to recognise the enormous contribution that Steve has made to our club over the last 20 years.
Steve was on the Football Club Committee for a number of years before becoming President in 2002, a position he held until 2008. As Football President Steve was also heavily involved with the Sports Club committee.

After handing over the Football Club Presidency in 2008, Steve continued on the Sports Club committee as Vice President and became KMSC President in 2010. Steve stepped down as President for 2013 before returning in 2014 and has held the position through to 2021 where at the recent AGM he stepped down for a well earned break. 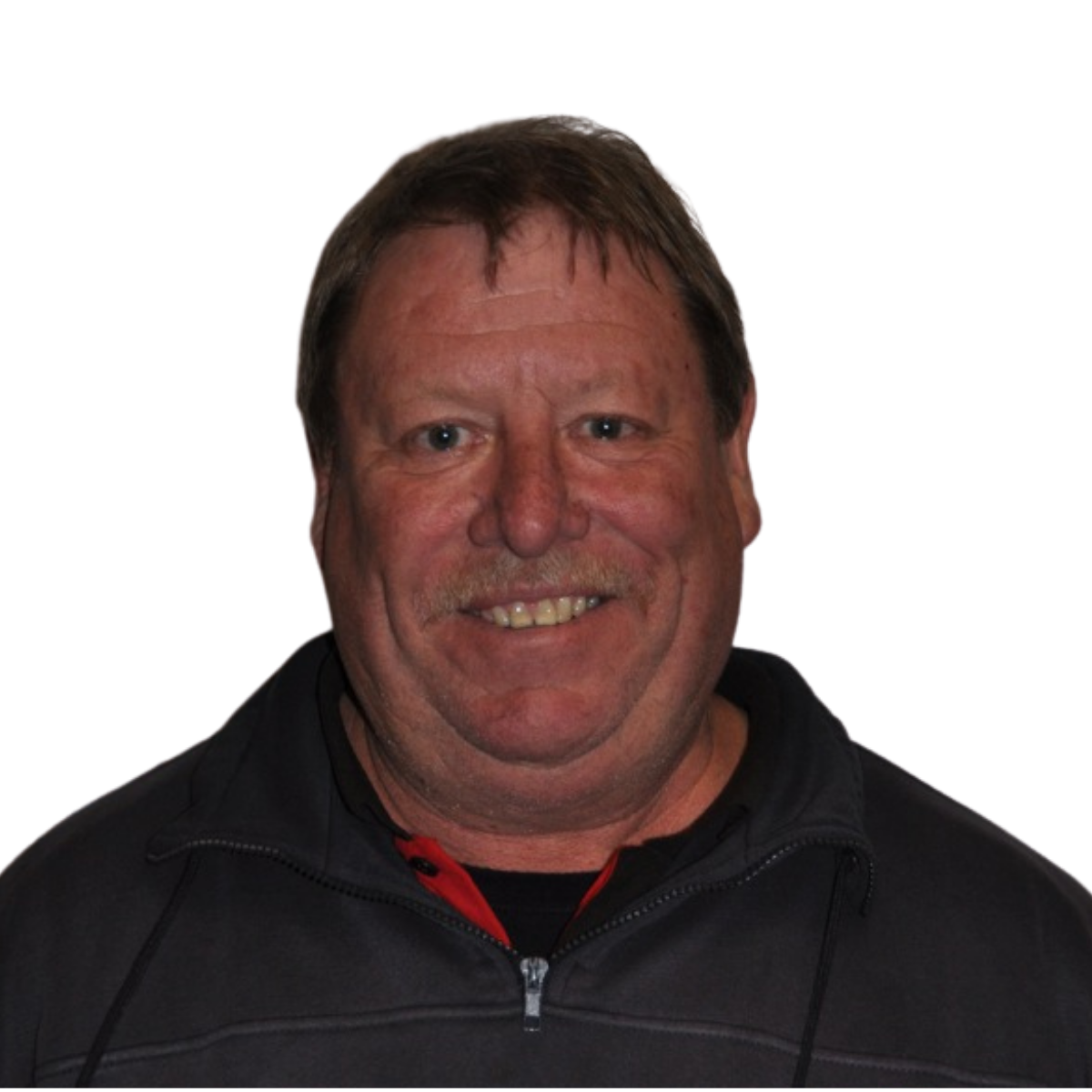 Steve’s calming influence and leadership of our club over the last 20 years has been enormous.

He has worked tirelessly behind the scenes doing so many jobs and taking care of so many issues that most people around the club wouldn’t even know exist. Steve was often the ‘go-to’ guy to organise repairs or maintenance issues and also took care of ensuring our legal responsibilities and licensing requirements were kept up to date.

I understand that within organisations everyone is replaceable, however people like Steve leave huge shoes to fill. Jason McClure has stepped into those shoes and we thank him for doing so, and offer our support and assistance to him.

On behalf of the KMSC committee, and I’m sure the whole Kyby Sports Community, I would like to offer a huge Thank you to Steve Mark for his contribution to our club and wish him well for the future.

Do you have some news to share with the Kyby Supporters & Members? Please make sure you send it through to us, so it can be included in the next edition.