Kybybolite is 20 km east of Naracoorte, close to the Victorian border.  The Kybybolite station was taken up by the Affleck family in the 1850’s and was run as a sheep station until 1905.  In this year the homestead and surrounding land was taken over by the government to be run as a research centre for agricultural innovation. The other land, belonging to the station was divided up for closer settlement.

With closer settlement came families, children and a school. The advent of the Research Centre and the family farms brought a significant population to the district. At this time football was growing in popularity across Australia.  Our first recorded game of football occurred on the 6th of May 1906.  Some of those original families, Bradley’s, Shepherd’s, Schinckel’s, Hahn’s, Laurie’s and Tidy’s still have a presence in the club today.  This first game in 1906 was against our traditional rival Naracoorte.  We celebrated our centenary in 2006 with the unveiling of a list of Hall of Fame players.

The club played in various competitions, competing against various neighbouring communities for the next 31 years. The First World War, wet seasons and illnesses tended to impact on match schedules. The names of teams that we competed against more regularly were Apsley, Frances, Naracoorte and Kincraig.

In 1937 the Kowree Naracoorte League was formed, comprising Apsley, Edenhope, Naracoorte, Lucindale, Border Districts and Kybybolite.  This continued for many years until Padthaway and Kingston joined the competition.  This was followed by Penola in the late 80’s and then we amalgamated with the Tatiara in 1993.

Padthaway and Penola.  Kaniva & Districts and Leeor merged in 1997 to form Kaniva Leeor United.  Apsley and Edenhope in 1999 merged to form Edenhope-Apsley and in 2006 moved to the Horsham & District Football League.

We pride ourselves as a family club and are very proud of the juniors we have had progress to League football. Our most recent draftees Jack Trengove, Alex Forster and Lachie Neale still call KFC their home club. Olympian Jess Trengove was a netballer at Kyby before she went on to greater things in the Olympics and Commonwealth Games.

We have been playing on the present site since 1947. In 1975 we opened the new club rooms and have made regular improvements over the years, with new ladies change rooms this year, a disabled ramp access and new reverse cycled air conditioning upstairs.

Thankyou to Ross Gleeson for providing these historical documents. 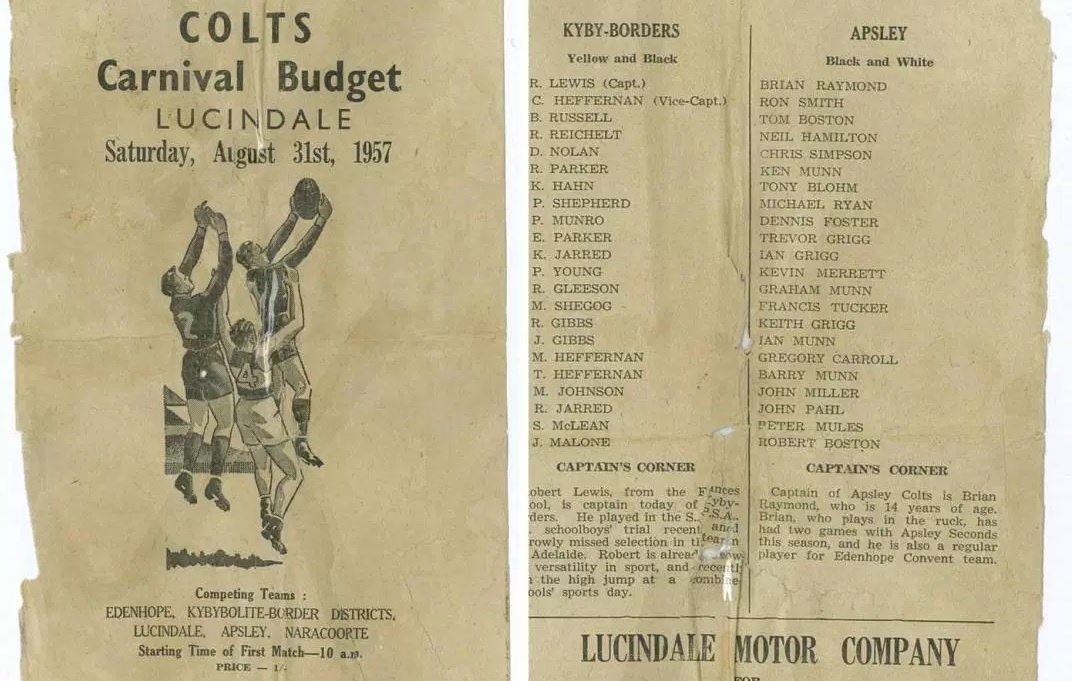 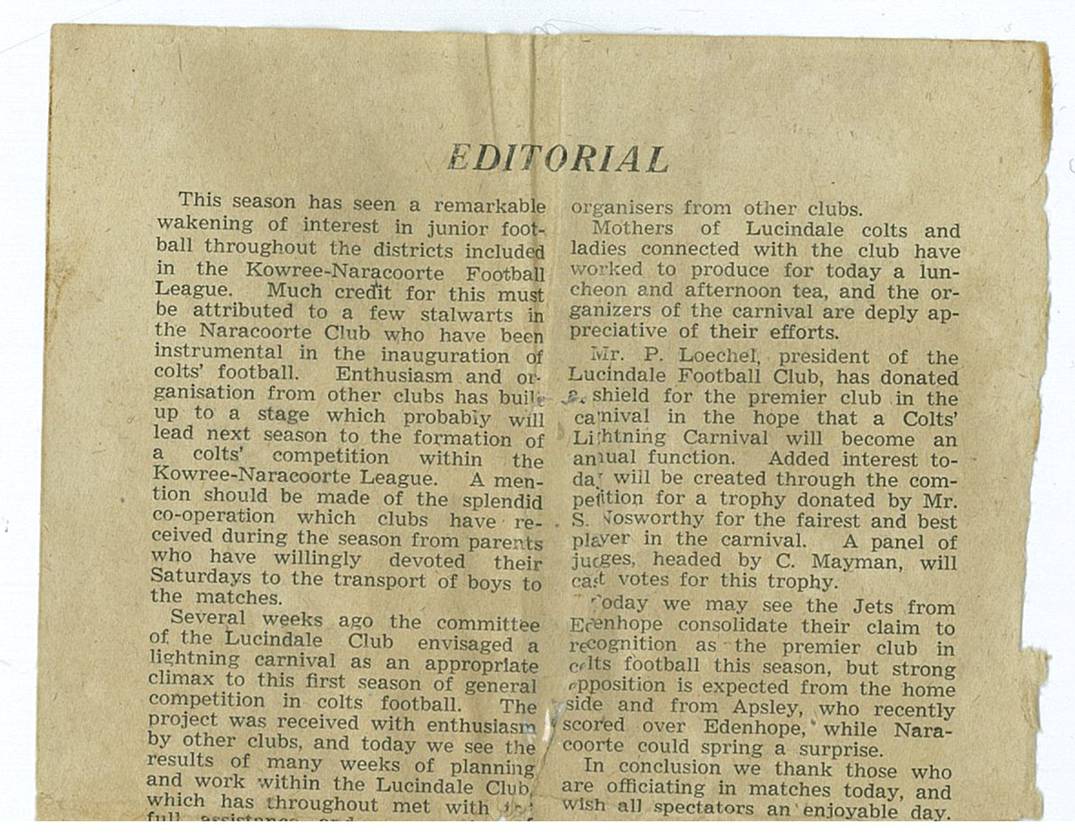 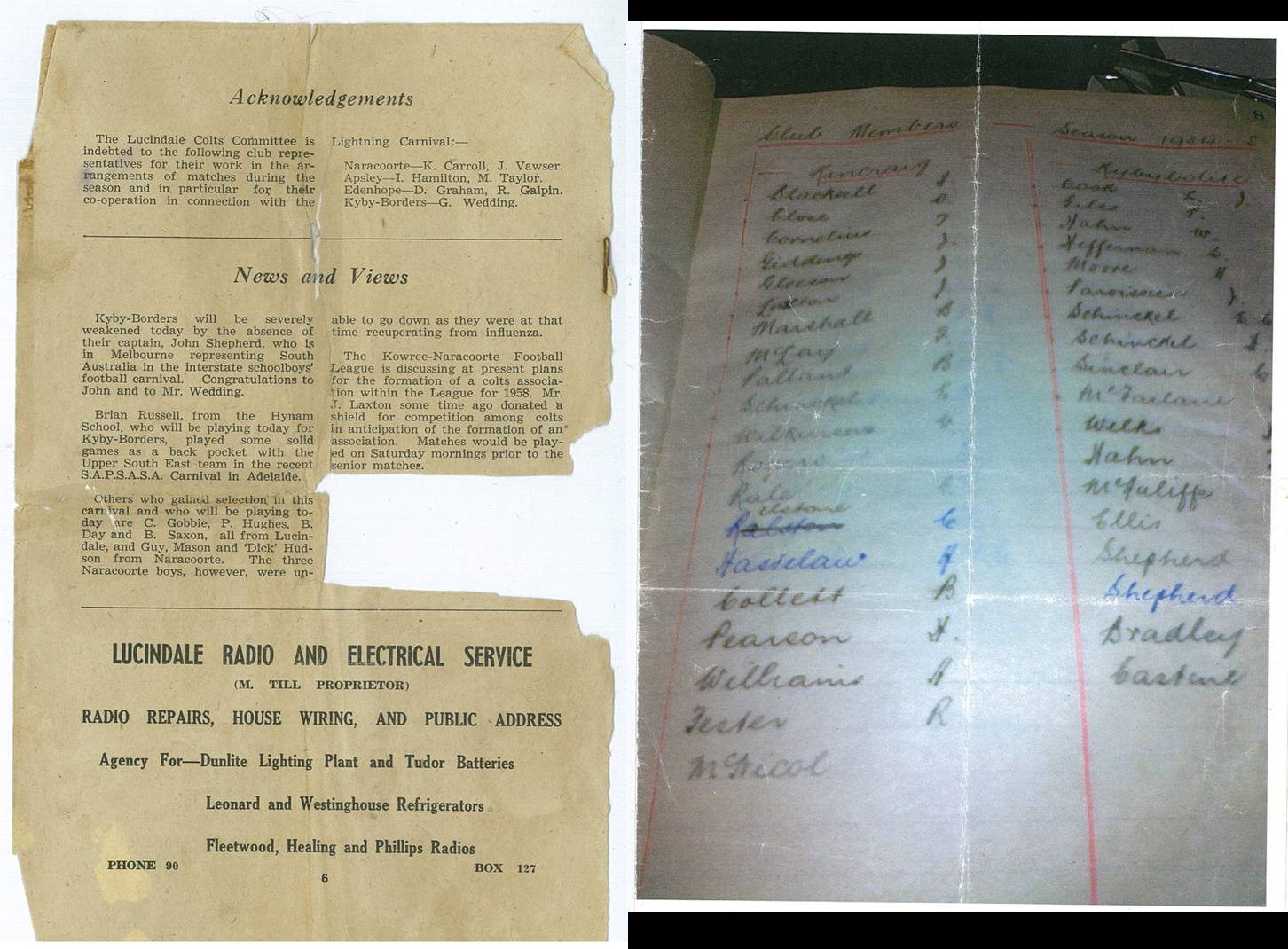