What a way to start the New Year with the Kyby Netball Club confirming the appointment of Kelsey Heinrich as the A Grade coach for 2020.

Kelsey brings a wealth of netball knowledge and experience having been part of the A grade team for many years and being awarded runner-up Best & Fairest for the past two years. Kelsey has coached at junior level for Kyby, bringing great success. She has a friendly, approachable nature and is excited for the challenge.

We would also like to welcome new players, Nicola Sulley-Beales, Britt Smith and Aby Challis to the Club.

Nicola has had State League experience having played for Garville. She has also represented South Australia and been part of the SASI Netball Program. Nicola is looking forward to the country netball experience!

Britt, a new teacher to the area, played as a goalie at League Reserves level for Woods Panthers. Aby, an experienced netballer, has recently commenced work as an agronomist locally, having completed Uni in NSW.

The girls are looking forward to making new friends and enjoying the social life at Kyby.

We looking forward to welcoming back to Kyby, Caitlin Castine, Tori Ross and Georgie Maggi. These girls played their junior (& some senior) netball at Kyby.

Reminder: Pre season kicks off this Tuesday (January 7th) at IB Edwards Oval with Croz. Please be at the Oval by 5.50pm. Thursday night will be held at the Munn house.

‘The vision of a champion is bent over, drenched in sweat, at the point of exhaustion, when nobody else is looking’. 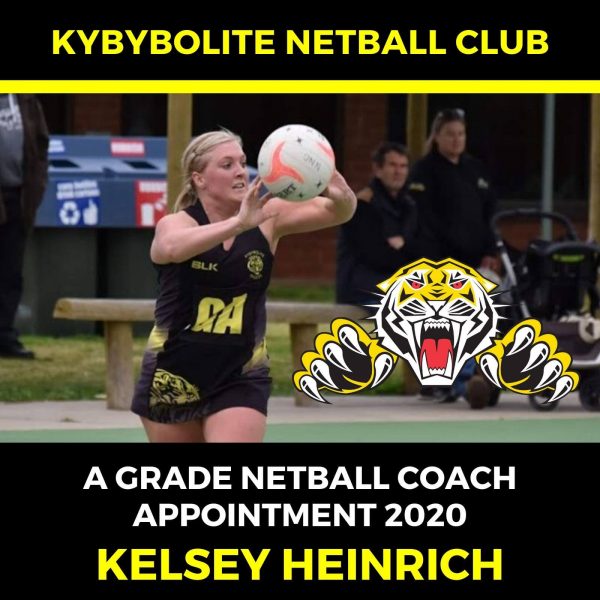