The junior colts kicked off the season with another win in glorious conditions at the Tiger Den. The coaches worked together to share players and positions around to ensure a fair match and both teams had some excellent passages of football. Best for the tigers were Jake “Goal Sneak” Shepherd, Charlie Hillier. Mitch Garwood continued his hot Streak and the cousins Malone ran riot all over the field. Will Freckleton rounded out the best no doubt inspired by his mum’s comeback the netball this year. It can only be a matter of time until James Freck dusts off the boots and has a run in the 2’s.

Our senior colts came out firing and are playing some excellent football under the tutelage of Lee Curnow and Brad Davies. Big Pratt snagged six majors and took some big clunks. Matty Bennett continued his strong form and Mitch Tidy made his way into the best for the first time of the year with a great running game on the wing. Lachie Pulford and Angus McKenzie rounded out the best but Kyby didn’t have any passengers. Charlie Yelland had a belter of a game and it is great to see him enjoying his footy and getting plenty of the leather. Great to have Brad Davies back on deck and sharing his knowledge, the boys certainly appreciate his insights. Also, a Smokey for a run in the 2’s

Fraggle’s misfits went into the game confidently against the Cougar’s and with Dave Arnold back from the West for the weekend there was some extra excitement. Unfortunately, in the first half we played maybe 5 minutes of football and things were looking grim. Mark “Chalk Ribs” Slotegraaf played a belter and tried to get the boys going and if he can stay on the field, he will be a valuable addition for the rest of the season. Darcy “Pitbull” Ewer plays a style of footy that defies his age and would be in line for a top 5 B & F finish if he keeps it up. Matty Bennett backed up his senior colt’s form and Tides and big Dave rounded out the best. We welcomed Brett Maxwell for his first game in the Black and Yellow and hope there is many more to come. We will have to seriously pull our finger out and get on the track to ensure we capitalise on out good start and hope to play finals.

Coops and Tonky’s band of young warriors certainly came to play on the against the cougars. In wet conditions early the boys were soon out to a 3-goal lead with goals to Brad Castine, Bill Munn and Stu Shep. At half time the lead was 19 points to the tigers and could easily have been more with a few easy set shots for goal missed. After half time the Cougars chipped away and then took the lead to win be 3 goals. Brodes played a great game on Wundke and he was ably supported by TJ down back. Matty Tonkin and Bitto ruled the middle and are forming an elite combination. Jack McKay continued to put his body where angels fear to tread to take out best on field honours. Sadly, another honourable loss but the effort can not be questioned, and more positive steps are taken every week. Keep the faith boys.

Our junior night was exceptionally well supported with a great job done by Peta Tidy and Heidi Yelland in organising the festivities. We have a proud history of junior success and it was a pleasure to see all grades of football and netball interaction socially. As volunteers we do put in above and beyond to ensure our clubs survive and nights such as junior night make the while job worthwhile. 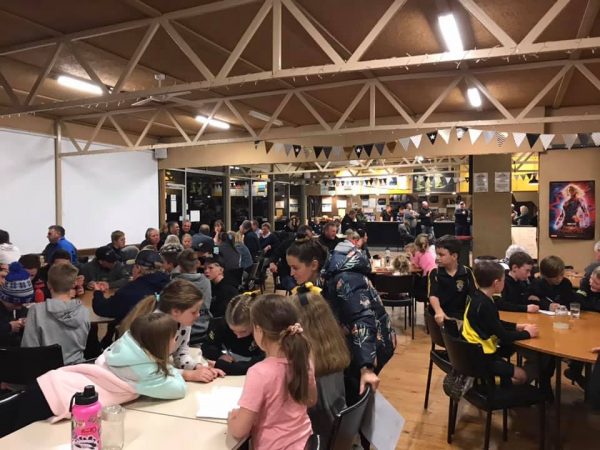 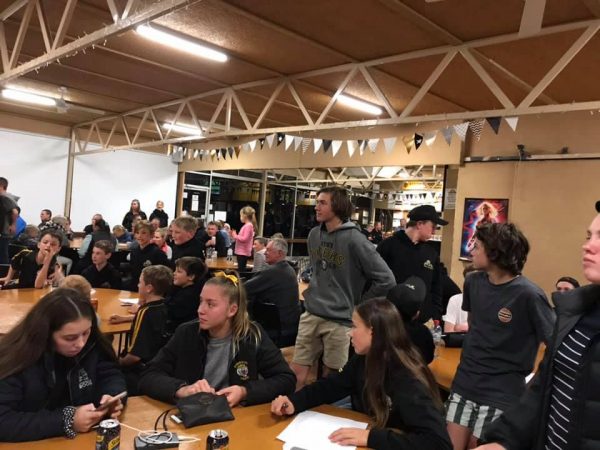 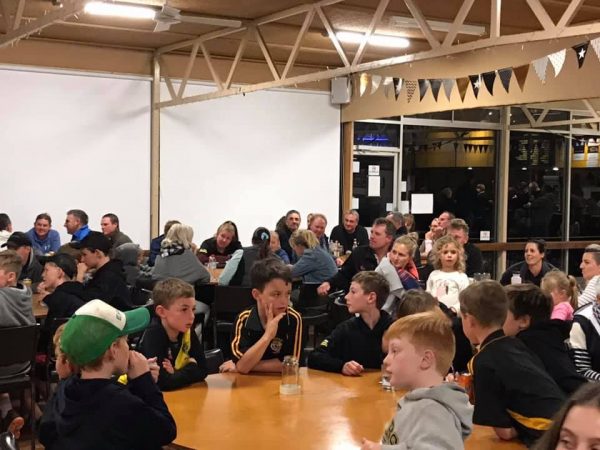 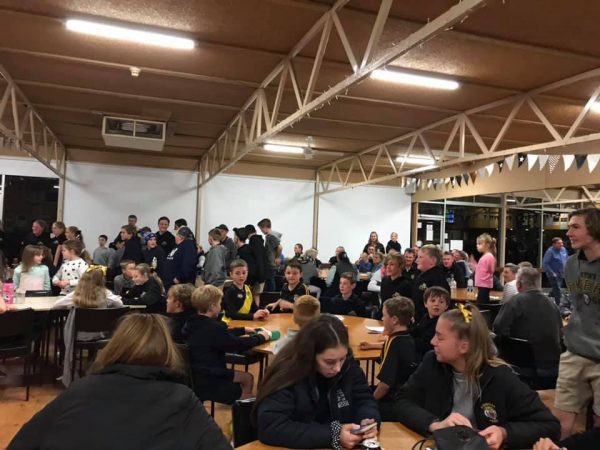